THE REAL SECRETS OF JUJUTSU

THE REAL SECRETS OF JUJUTSU Jigoro Kano was a young man, already seriously involved in education, and he saw the trend of his nation. Things were changing. The emperor was leading a charge into the next century, trying to modernize Japan as quickly as possible. This was causing Japan to disregard it’s indigenous arts in favor of Western culture. While ...

END_OF_DOCUMENT_TOKEN_TO_BE_REPLACED 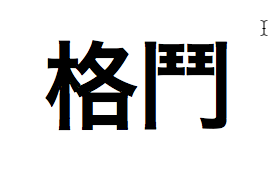 Many people are interested in teaching grappling skills, but too many of them have only a peripheral knowledge of grappling skill and that from the perspective of sport Judo, which taught techniques developed only for sport, not intended for combat. Now I am sure this supposition needs to be explained from a historical point of view, and the answer is actually quit simple.

END_OF_DOCUMENT_TOKEN_TO_BE_REPLACED

In the history of Japan there are many traditions. Prior to the development of Jujutsu as a separate art there were originally many variations of the empty hand arts in the country. It is said that the oldest primary fighting art was called Kumi Uchi, meaning grappling and striking. Once the Samurai took to wearing armor for protection against arms, the art developed into Yoroi Kumi Uchi, meaning armored grappling and striking.

END_OF_DOCUMENT_TOKEN_TO_BE_REPLACED

In the winter of 1914, a fourteen year old boy ran away from his Pennsylvania home intent on seeing the world and to accomplish this he would lie about his age and join the Army. He was a large boy, larger than most men in his community. You had to b 16 years old or have your parentâ€™s permission in those days to enlist.