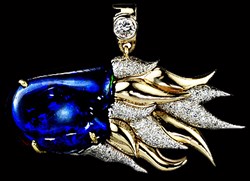 Tyler-Adam Corp, known for its decades-long service in New York Citys famous Diamond District, has announced that, effective November 19, 2013, anyone, anywhere in the world, can now shop at its diamond studio in the NYC Diamond District, from the comfort of their own home or office.

Tyler-Adam was founded in 1994 by master diamond setter, Benjamin Mark, who was following in the footsteps of his father and his uncle, both diamond experts in their own right.